A sample of the many images of churches on postcards from Mansfield, Ohio.  This is just a small sample of the churches which have been located in this city.  Enjoy.

Located at 53 West Third Street, the final services were held July 9, 1950 in one of Mansfield’s oldest churches.  The site is now the location of the parking garage for the Mansfield/Richland County Public Library. 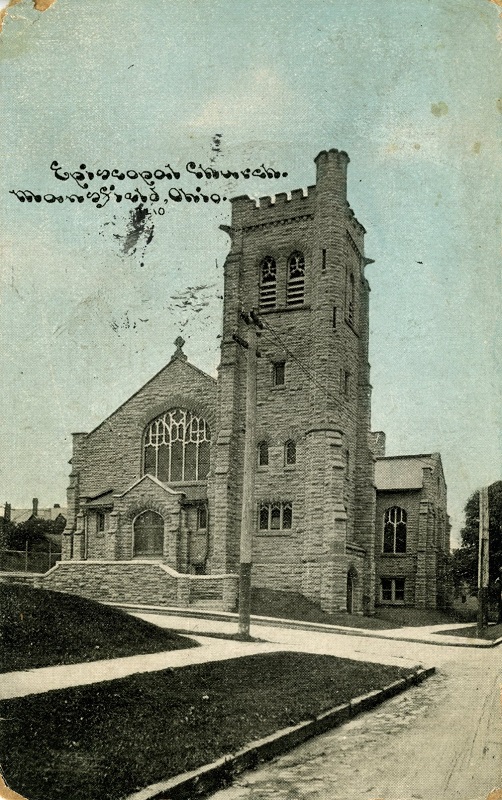 This church is still located at the corner of Bowman and Third street.  It’s former location on West Third Street had been sold to the Mansfield Public Library Board for the construction of a Carnegie Library. 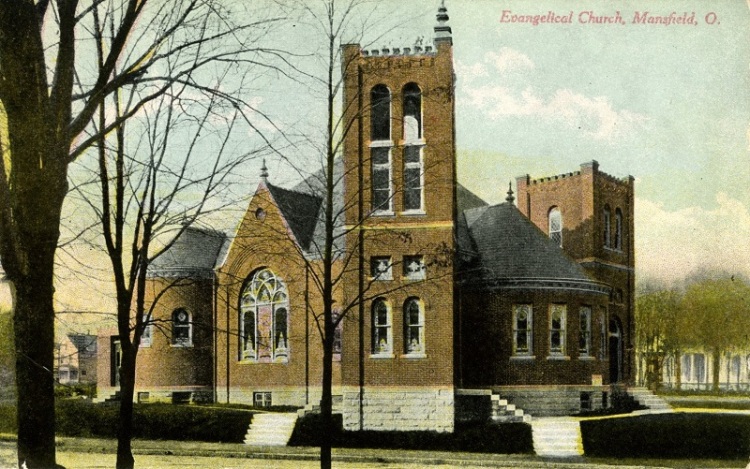 Located at the corner of Main Street and Lexington Avenue, the church was built in 1905 and demolished in the 1950’s.  The site is the current home to the Main Street United Methodist Church.

The congregation was first organized in 1845 to serve German immigrants.  This church was built in 1871 and stood on South Mulberry and and West First Streets, at the site of the original church built in 1845. 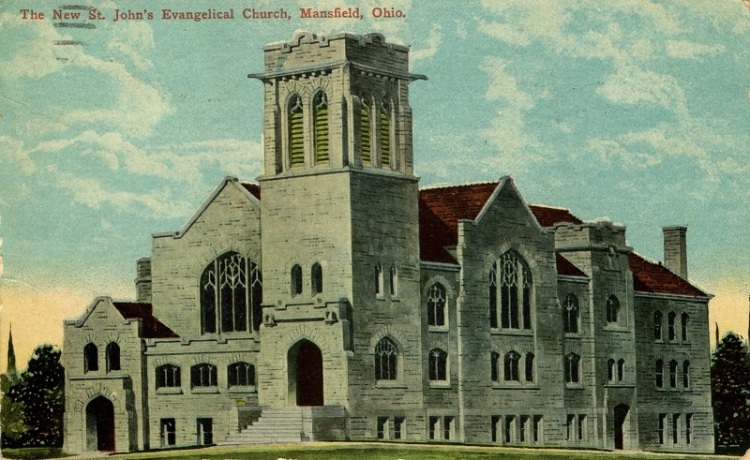 This church was dedicated May 5, 1912 and still stands at the corner of Park Avenue East and Franklin Avenue.

Located at 44 Buckingham Street, the church was dedicated of February 10, 1891.  It was first known as the Plymouth Congregational Church, the name was changed because Susan Sturges, who donated a generous amount of money, requested it be named in memory of her ancestors who came over on the Mayflower.

Located at 85 Park Avenue East, the church was finished and dedicated on February 11, 1912.

The third church was built after fire destroyed the second in 1889.  After construction of the current church this structure was used as St. Peter’s High School

The corner stone for the current St. Peter’s was laid May 14, 1911 and the church was dedicated on September 16, 1917.  Some delay being attributed to World War I. 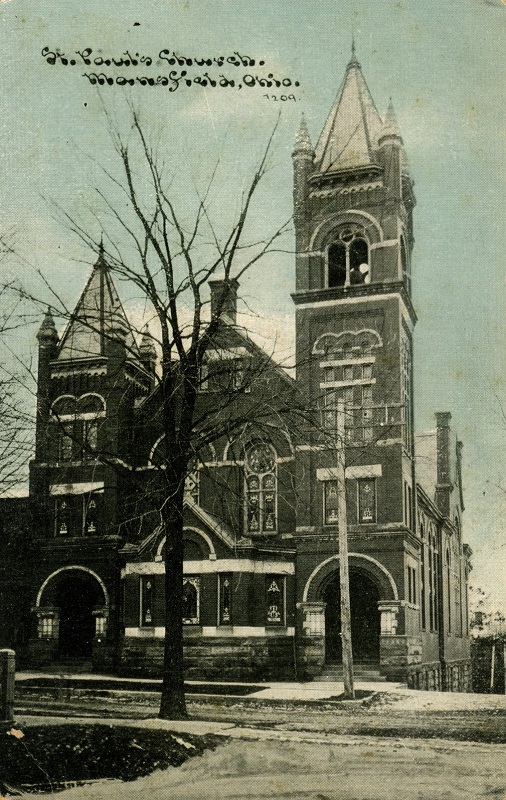 St. Paul’s Evangelical Lutheran Church, 88 West Third Street. The church was located on the north side of West Third, just west of North Mulberry. The site later became the site of the Ohio Bureau of Employment Services.