Earlier we looked at John Sherman’s oldest brother Charles and his impact in Mansfield.  In this post, we will take a closer look at one of his other 10 siblings, Hoyt Sherman.  While not making an impact in Mansfield, Hoyt was another successful member, and lawyer, of the prolific Sherman family.  Hoyt was born November 21, 1827 in Lancaster, Ohio and was the youngest son in the Sherman family.  Up until the age of 18, he focused on school and worked in a printing office.  In 1848 Hoyt made his way to Des Moines, Iowa.  A year later he passed the bar and on June 26, 1849, was appointed postmaster.  With his own funds, he built a frame building on West Second and Vine Streets, which was used exclusively as a post office.[1]  In addition to this, he built the first bank, served on the town council and was involved in local and state politics.  In 1855, Hoyt married Miss Sara Moulton of Ohio and had five children, Frank, Adaline, Charles, Arthur and Helen.  When the Civil War started, President Lincoln appointed Hoyt Army paymaster with the rank of Major and he held that position for three years.  After the War, Major Sherman was a member of the House of the Eleventh General Assembly, was chairman of the committee on railroads, and a member of the committee of ways and means.  Hoyt was in Mansfield at least once in 1885, when he was present at the Sherman Family Reunion held at John Sherman’s residence, along with brother William Tecumseh.  In 1886 he was one of the founders of the Pioneers Lawmakers’ Association and for many years executive officer of the Associated Charities of Des Moines.[2]  In addition to all this, he gave his counsel, time and money to ensure Des Moines had schools, a college, a waterworks and more.[3]  Hoyt Sherman died on January 25, 1904 at the age of 77, the last of the children of Charles Robert and Mary Hoyt Sherman. 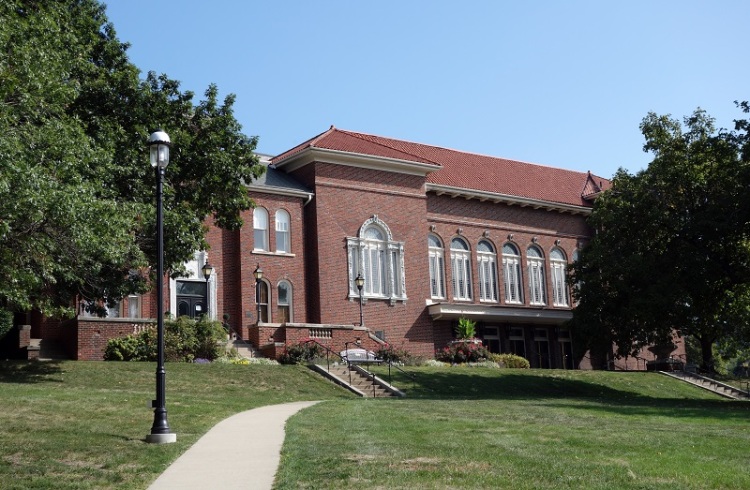 Unlike John Sherman’s home in Mansfield, Hoyt Sherman’s residence is still standing.  It is known today as Hoyt Sherman Place and includes an art gallery and historic theater, which was completed in 1923.  The home was built in 1877 by Hoyt and sat empty after his death until 1907 when members of The Des Moines Women’s Club began using it.  Guest speakers included individuals like Helen Keller and Amelia Earhart.  Today it is used for concerts, art exhibits, weddings and business affairs.

One thought on “The Sherman Family: Hoyt Sherman”