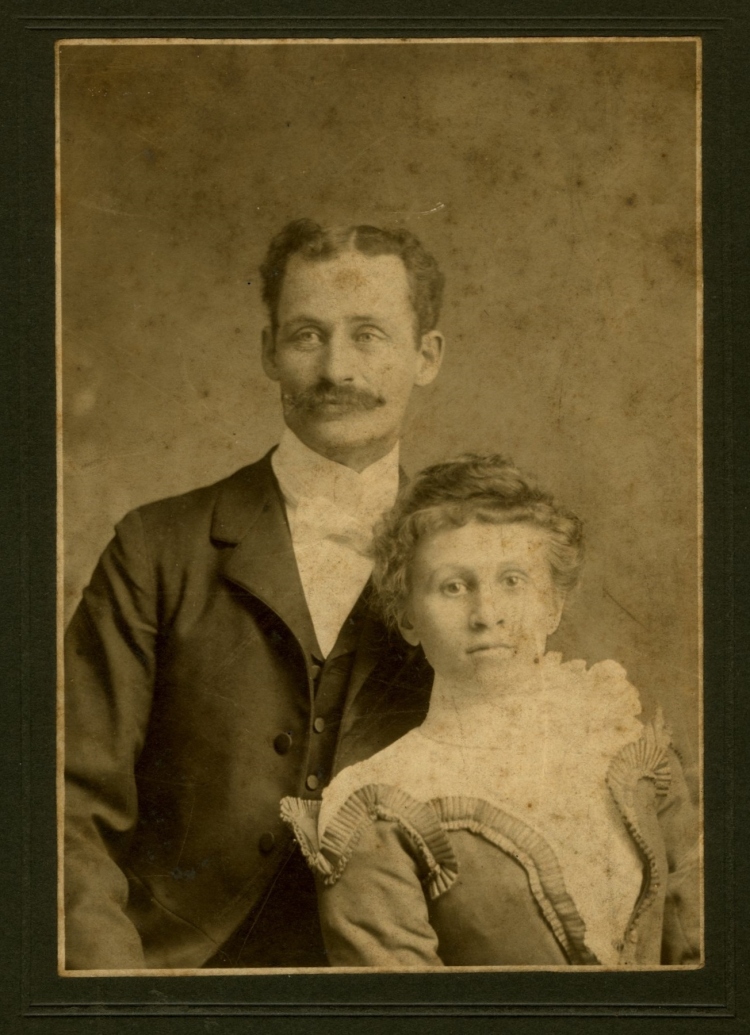 The Sherman Room has a number of portrait photographs; some having limited information written on the back.  One set of photographs is that of Rev. George M. Grau.  According to 1880 and 1900 census information, George was born in 1848 in Pennsylvania and lists his parents as being German.  In 1877 George married Mary Haarstrick.  Mary was born in Germany in 1850 and immigrated to the United States at the age of four.   Before 1880, the family moved to Ohio and, sometime between 1880 and 1900, the family moved for Brooksville, Montgomery County, Ohio to Monroe Township, Richland County, Ohio.  The 1900 census shows 5 children for the Grau’s: Maud E., Charles H, George L., James M., and William.  Articles in Mansfield newspapers list Grau as a reverend at St. Luke’s parsonage in Lucas, Ohio.  On the back of the photograph of Rev. George Grau it states “that he lived on the farm later owned by Ed Smart.” 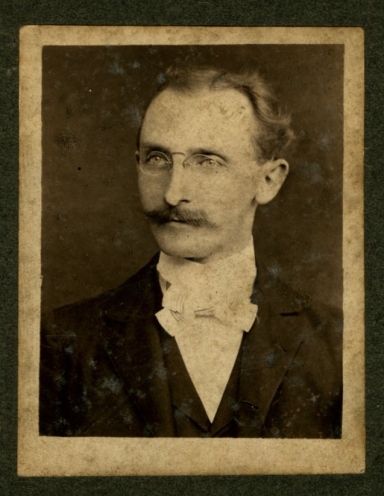 On May 6, 1906, George’s wife, Mary, took suddenly ill and died just shy of her 57th birthday.  She is buried in Mt. Zion Cemetery in Lucas, Richland County, Ohio.  Sometime after his wife’s death, George returned to Brooksville.  The 1920 and 1930 census lists a George as being married to Bess Grau, 35 years his junior, with a daughter, Jeanne, and son, Glen.  Information on findagrave.com lists George’s death as 1934 at the age of 85-86. He is buried in Pleasant Hill Cemetery in Brooksville, Montgomery County, Ohio.