With the opening of the new Hudson and Essex restaurant at 51 East Fourth St., many people have been curious about the history of the building that housed the National Electric Supply Co. for over fifty years.  The 1921 Sanborn map shows homes sitting at the site of the building, being that the whole block between North Diamond and North Franklin at that time was residential.   The address of the home sitting on the corner was 45 East Fourth St. and, in 1922, was occupied by Martin Kelley, a plumber, and his wife Mary.  The lot was vacant in the 1926-27 city directory. 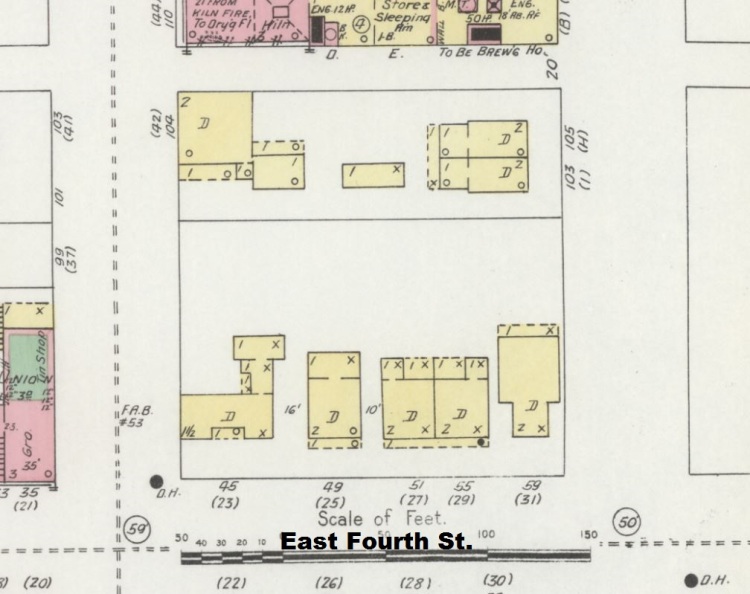 In the 1928-29 city directory, we first see the Hieber Motor Company located on the corner.  They sold Hudson and Essex Motorcars, where the current restaurant gets its name, and was run by Milo Hieber and his wife Anna.  In the 1929 Sanborn Map, the current building is also visible at 45 East Fourth St.  Hieber was in the building until around 1934-35, when the Acme Used Car Market took over the location for a year or two.  Acme was managed by Theodore Christman. 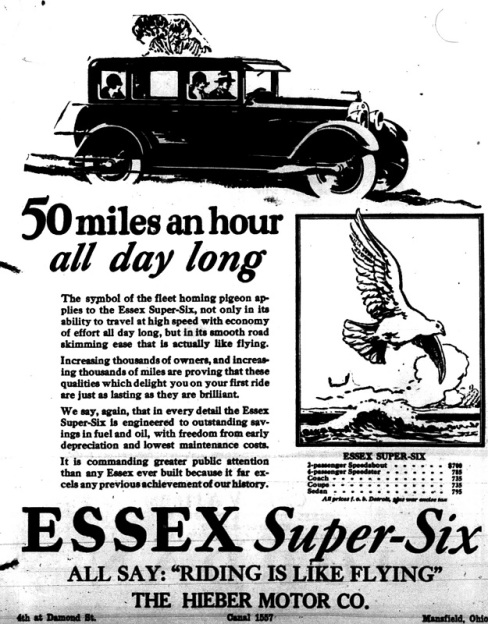 In the 1936-37 city directory, Goodrich Silvertown Stores moves into the building.  Managed by Peter F Haley, they sold batteries, tires and general automobile accessories.  Around 1940 the address for the building changed to what we know it as today, 51 East Fourth St.  Goodrich stayed in that location until around 1954.  On January 6, 1955, the Mansfield Army Recruiting Center moved into the building.   According to a New-Journal article “it took 50 fatigue-clad Army reservist about two hours to move” into the new location.  In January of 1961, National Electric Supply moved into the building.

The National Electric Co. was started in 1913 by E. P. Robbins and located in the old Masonic building on North Main Street.  The company later moved to North Walnut and was forced to find a new location after a fire destroyed the Ritter Building on February 22, 1960.  They temporary moved to 70 North Walnut Street until the building at 51 East Fourth Street was purchased.  An article in the News-Journal from October 14, 1963 says that the company had “one the largest and most diversified residential lighting show rooms in this part of Ohio.”  The National Electric Supply Co. served Mansfield until the end of 2017.  In 2018, Rick and Carol Taylor acquired the building for their new restaurant and already successful Cypress Hill Winery.

2 thoughts on “History of the Hudson and Essex Building”