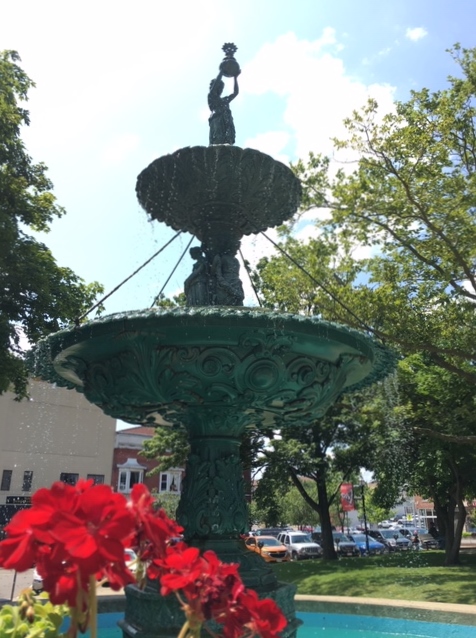 The dedication of the Vasbinder Fountain should have been a joyous occasion.  Siblings, David and Jane Vasbinder, gave the fountain to the city and in the speech given by Henry Hedges, he thanked them for sharing their good fortune with the people of Mansfield.  Col. B. Burns accepted the fountain on behalf of the city saying: “This beautiful fountain, now complete in all its parts, has been  delivered into the care and custody of the city by the generous donors, and what more appropriate gift could these worthy citizens have donated to our people? And who, of all those  who may look upon it through the years to come, as the pure, cool, re­freshing water is distilled  through it in jets and sprays, will not feel a com­mendable pride in speaking of the generous donors.” Unfortunately a darkness hung over the proceedings because on July 2, 1881 at 9:30 am, President James A. Garfield was shot by Charles Guiteau.  Garfield died on September 19, 1881 as a result of the injuries sustained in the assassination attempt. 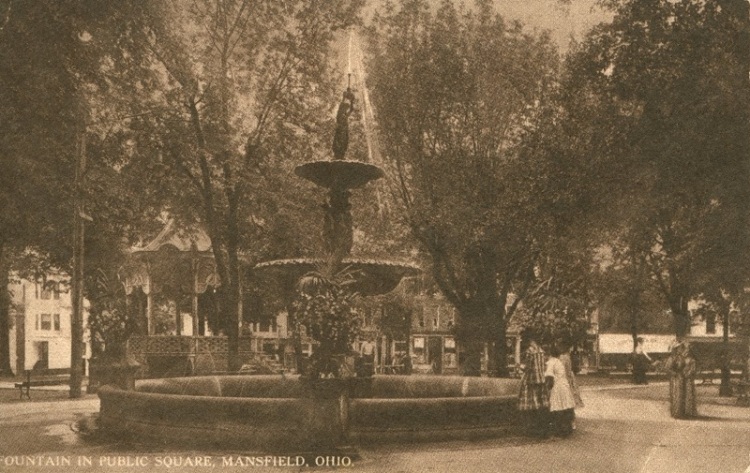 Vasbinder Fountain and the Band Stand in Central Park.