When the Mansfield High School was built in 1891-92 it wasn’t without controversy.  A May 31 1891 article from The Mansfield Evening News reported the new structure was the subject of “street gossip.”  The gossip concerned irregularities and possible favoritism in the selection of the site for the new school, as well as the price paid for the site and manner of payment.   It was also said that favoritism was shown in the selection of architects for the school.  Kramer & Zoll, from Findlay, were selected and much was said about the heating and ventilation system they chose for the school.  The Smead System, as it was called, was reported to reverse the flow of air at times, endangering the health of the students.

Despite this, the school was completed in 1892 and the first class graduated in 1893.  There were six teachers and 19 students in the first graduating class.  The teachers were Miss Martha Barrett (principal), Miss Mary Conrath, Miss Abigail Hill, Mrs. Anna M. Mills, Miss Rossina O. Phillips and Mrs. Helen Campbell.  A June 30, 1892 article from The Weekly News referred to the building as “a model structure”.  There were four floors, including the basement which contained six furnaces, the dry closet system, and the “latest and best improvements for ventilation.”  The laboratory was also located in the basement.  Located on the first floor were five school rooms, the superintendent’s room, which included speaking tubes that were connected to all rooms, and a teacher’s assembly room.  The second floor was roughly the same.  The top floor consisted of an auditorium which seated 532 people, but on special occasions folding doors enclosing four rooms could be opened to accommodate 1000 people.  The bell was the largest in the city at the time, weighing over 40,000 pounds and the clock measured 7 ¾ feet in diameter.  A west wing was added in 1904 and a north wing with a gymnasium in 1923.  The structure was demolished in 1939 to make room for John Simpson Junior High School.  Below are images of the school in 1907 and a video of its demolition.

Below is a video from Prelinger Archives showing the demolition of Mansfield High School, the laying to the corner stone of John Simpson Junior High School, and a track meet.

The Below Images are from the 1907 Mansfield Senior High School yearbook, click on image for a larger view. 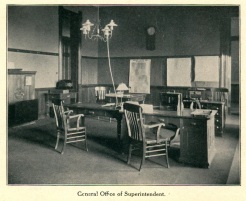 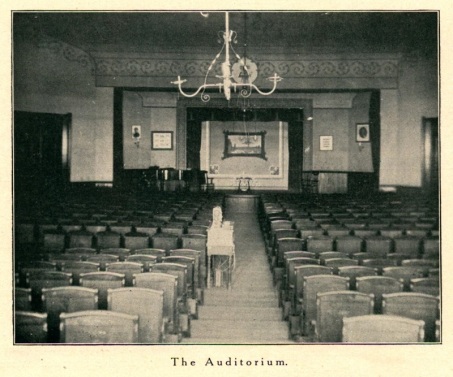 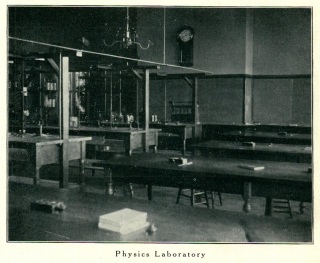 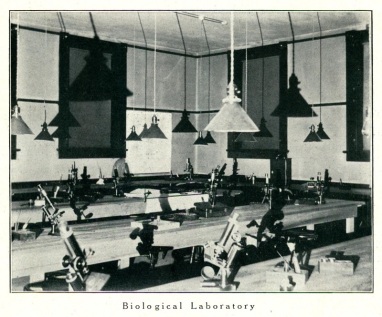 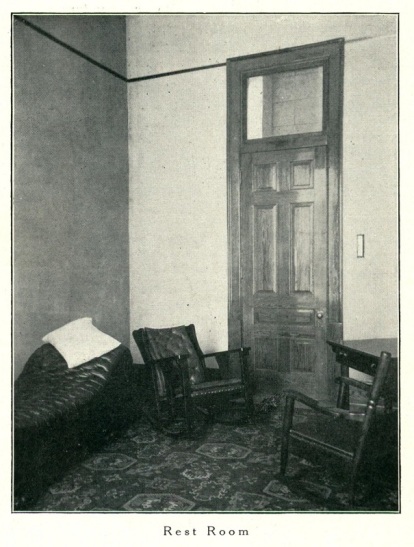 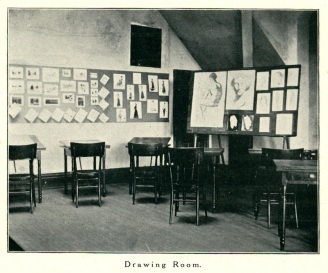 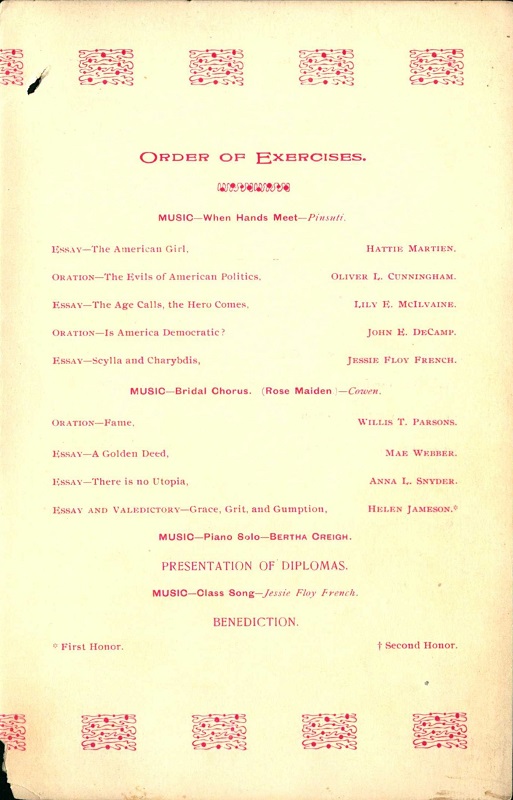